“We have somehow convinced ourselves that we never have enough and that we are always entitled to more. Thus people accrue debt, spending on things that depreciate in value not simply at death (when we can take nothing with us), but long before that, such as bigger and better televisions and the latest, shinier “iGadget”…

This constant need to have and to spend creates a scarcity mentality. We compare our lives to that of others and feel the need to have a standard of living slightly higher than theirs. To achieve this we go further and further into debt, or if we’re marginally smarter, we hoard and hoard until we have enough to accomplish our next goal…

When we are called to give, whether it is from a church…a missionary that is asking for funds, or a poor person asking for money, we feel that we are not in a position to give. We have obligations first to pay off debts, to provide this or that for our families. We rationalize it away by saying that we don’t trust the possibly corrupt church with our money. How do we know that the missionary isn’t just living in lavish comfort overseas? How do we know that the poor person won’t just waste the money on alcohol and drugs?

But Jesus gave us the simple command, “Give to the one who begs from you and do not refuse from the one who would borrow from you” (Matthew 5:42). We don’t need to worry about these things – God is well aware of the fact that we are handing off the money to imperfect people, who may very well confirm our greatest fears and waste some of our precious earthly treasure. Yet in light of the things that we tend to invest our money into, it is probably more dangerous that it remains in our own hands…”

Matthew is from Virginia, though he lives in Seoul. He cares deeply for the God’s people to be agents of justice and generosity. Coming from the states and having a global viewpoint, he sees through the excuses and believes God’s people must walk in obedience.

Matthew, thanks for so clearly articulating the words of Jesus through the noise of self-talk and rationalization! 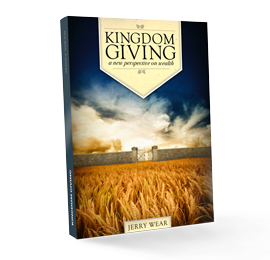 Discover what making an eternal impact looks like — not just in theory, but practically lived out!

Through this inspiring collection of true stories, you’ll be encouraged and empowered to maximize your impact for the gospel ... simply by being generous!

Newsletter
Make wise giving decisions.
An issue has occurred. Please try again or contact website administrator.
Thank you for signing up! You have successfully subscribed.

Not only will your investment in the gospel expand God’s Kingdom — it may also provide tax benefits and income for you and your family!

These quick and simple calculators show you how ...